Irishman William Campbell and Japanese Satoshi Omura share half the prize.
Second half of 2015 is award with Youyou You, Chinese

The Nobel Prize in medicine and physiology of 2015 was granted on Monday (5) scientists William c. Campbell, Irish, and Satoshi Omura, Japanese, by creating new therapies to combat diseases caused by worms and nematodes to YouYou You, Chinese, by developing a new therapy against malaria.

The first two winners will split half of the 8 million SEK of the award ($ 963 thousand), as You will be with the other half.

Campbell and Omura discovered a new drug, avermectin, which radically reduced the incidence of onchocerciasis ("river blindness") caused by the worm (Onchocerca volvulus), and lymphatic filariasis infection behind the elephantiasis, caused by worms of the genus Filarioidea. Have You discovered artemisinin, drug that combats the Plasmodia parasites that cause malaria.

Campbell, born in 1930, worked for Merck pharmaceutical multinational at the time of the discovery of the medicine in the 1970. Today is a researcher Emeritus of Drew University, New Jersey (USA). Omura, born in 1935, is a professor emeritus at the University of Tokyo Büchner flask. You, born in 1930, he graduated in pharmacology at the Beijing Medical University and today is Chief Professor of the Academy of traditional Chinese medicine.

"These two discoveries have provided the mankind new and powerful ways to combat these debilitating diseases that affect millions of people each year," said the Nobel Committee in a statement to the press. "The consequences in terms of improving human health and reduction of suffering are immeasurable."

Of golf at pharmacies
Omura's role in the discovery of avermectin took from the expertise that the scientist had in cultivating soil bacteria. To create thousands of cultures of the genus Streptomyces, he was able to identify several of them producing substances toxic to other organisms.

In an interview with Japanese TELEVISION network NHK, Omura described his research as a "tedious" and said he didn't expect to receive the Nobel Prize.

"I've learned so much with the microorganisms and depended on them, so I would give the award to them," he said. "This is an area of research means humble, but microorganisms are extremely important to humans. They can be our partners. I hope the area earn more attention because of the prize, so that it can contribute more to human beings. "

Omura told the Associated Press news agency that the soil sample where he found the Streptomyces was obtained on a golf course, a sport that used to practice. 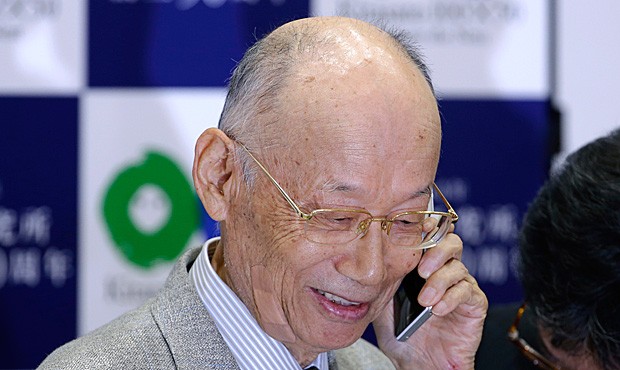 Satoshi Omura, winner of the Nobel Prize in Physiology or medicine from 2015, receives phone call of congratulations from the Prime Minister of Japan Shinzo Abe (photo: Shizuo Kambayashi/AP)

Campbell, who continued the work of Omura, acquired the bacteria cultures to assess its effectiveness. One of the species found, the s. avermitilis, was the one who produced the avermectin, able to combat various parasites of animals. Later, the substance has been chemically modified to create the most effective version of ivermectin, medicine, which has gone through human trials and proved able to kill larvae of the worms pathogens. 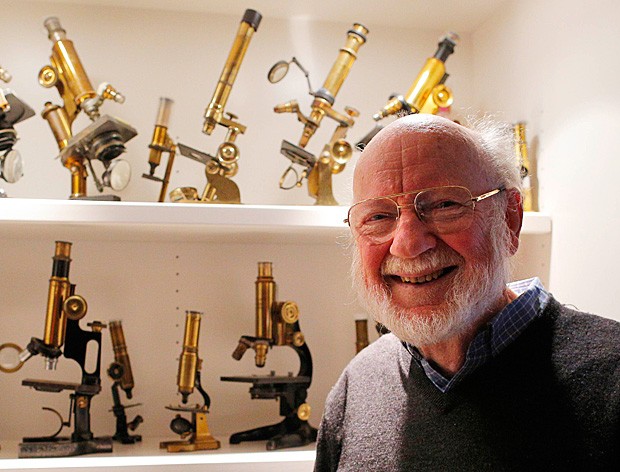 William Campbell, one of the winners of the Nobel Prize in Physiology or medicine from 2015, poses for picture next to your collection of antique microscopes (photo: Brian Snyder/Reuters)

Secret project
While Campbell and Omura turned to bacteria to find a medication against worms, You studied compounds derived from plants that could attack the Plasmodia causing malaria.

At the time, it was known that the herb Artemisia annua sometimes was effective against the parasite, but the results were inconsistent and no one knew why. The Chinese scientist was the one who was able to isolate the artemisinin, the active ingredient of the plant, and demonstrate its effectiveness in animals and humans in the 1960. 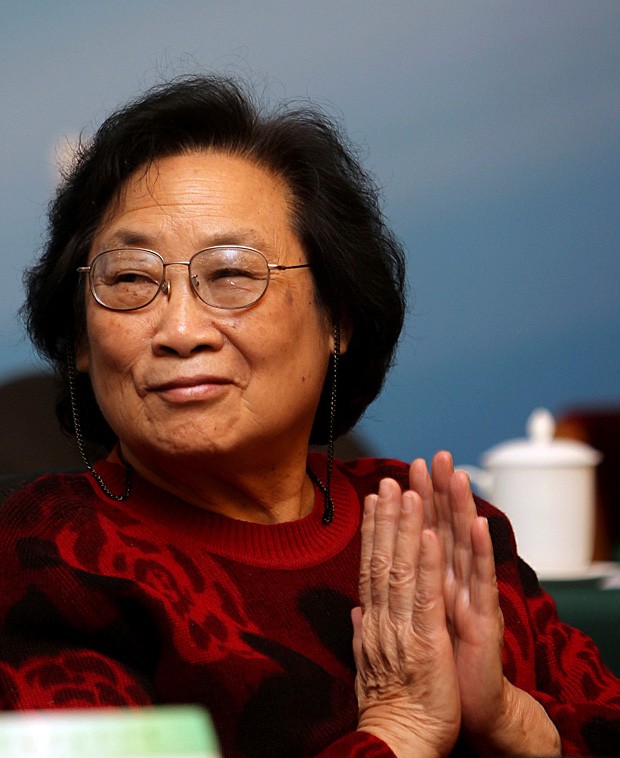 The Chinese farmacóloga Youyou You, one of the winners of the Nobel Prize in Physiology or medicine in 2015, at a meeting of the Chinese Academy of medical sciences (photo: Jin Liwang/Xinhua/AP)

Until 2005, the name of the discoverer of artemisinin was not known in the scientific community. You found the substance while working in a Chinese secret research program in the decades of 1960 and 1970. His identity was revealed after scientists sifted through exchanges of correspondence of the project in time and find out his name. In 2011, in an interview with the magazine "New Scientist", You realize that you had to spend that much time away from the child to work in field hospitals that once was not recognized for her when, spent six months out.

"I was willing to sacrifice my personal life," said the researcher. "I saw many children in terminal stage of malaria."